I spent the past two weeks working as a stand-in for a private practice family doctor in the tiny town of McCleary, Washington.

The stirringly beautiful enclave is better described as a village.  Calling it a ‘town’ implies a bit more hustle and bustle than actually goes on here.

Evergreen trees pepper the landscape, outnumbering cars ten to one.  Wooden cabins and simple churches with peeling paint line the single main road.  A generous census – throwing in some dogs and cats to pad the number – wouldn’t put the population over 2000.

But even here, in one of the most idyllic settings in all of rural America, something wicked this way…came. 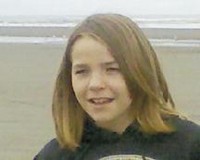 On a soft warm night typical for Western Washington this time of year, 10-year old Lindsey J. Baum disappeared while on a short walk home from her friend’s house.

She was last seen on June 26th around 9pm wearing a gray hoodie.  Lindsey should have made it home well before dark at this latitude in early summer.  But after weeks with no leads, authorities now assume the girl was abducted.

Each day as I worked in the small medical clinic, I overheard discussions about Lindsey.  Frequently, people decried the lack of “truly effective” sex offender laws.

The one running blog I found about the situation abounds with merciless criticism of those who allowed her to walk home alone.  The posts have an annoying, self-anointed authority and certitude about them, coupled with virtually zero compassion. 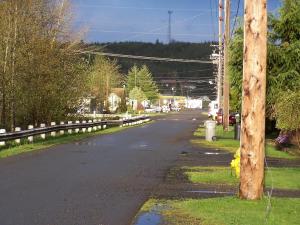 My criticism, however, focuses on the response of the outlying communities during this tragedy.

7 years ago, about this same time of year, a similar event occurred to a young girl not much older than Lindsey in Salt Lake City.  In that case, word of the abduction spread to every news outlet in the English-speaking world in a matter of hours.  Pictures of her were posted on websites and in newspapers in ever-widening circles, to include towns and cities hundreds of miles away.

Every day, this girl’s story stayed in public view.  News of her disappearance became a dull, throbbing headache to virtually the entire Western United States.

That girl, Elizabeth Smart, survived her ordeal and was returned to her parents fully 8 months after being led at knife-point from her own bedroom.  Her abductor was recognized by someone who had seen a picture of him on “America’s Most Wanted”.  Nearly a year after the incident, this girl’s abduction was still making top news stories.  Why?

The Smart family drove this process, true.  The parents had money, were excellent communicators and kept their wits about them in a horrific situation.

But they also commanded a small army of help. Literally thousands of people lined up to join the effort.  The Laura Recovery Center and other organizations dedicated to this type of tragedy joined the effort as well.

People worked continually to get the Smart family onto national news and talk shows.  Pictures of the victim and her suspected abductor appeared on Larry King Live and Oprah.  And, of course, the show that ultimately led to the break in the case managed to make the story seem relevant months after the incident occurred.

By contrast, Lindsey is yesterday’s news.  You can’t find a current story on her anywhere.  For all I know, she’s home watching Hannah Montana and pondering boyfriend proposals.

McCleary is so tiny, its presence is rewarded with a dot only on maps with an unusual commitment to cartographic accuracy.  The community there can’t make much noise by themselves; certainly nothing to approach the caucophony of a galvanized rescue movement in the heart of upscale Salt Lake City.

The only paper that has carried regular updates about Lindsey is The Daily World, which covers sparsely-populated Grays Harbor County.  A little village like McCleary needs help.  It needs the media power of cities like Tacoma and Seattle, and even here in Olympia.

Yet daily checks of the Seattle Times reveal constant updates about Amanda Knox – a case involving a beautiful college student, sex, drugs and murder – deliciously entering year 3 of drama, but nothing about little Lindsey.  Here in the capital of Washington, The Olympian seems to have the memory of a golden retriever regarding this case, and we’re only 20 minutes down the road.

The Puget Sound region should be plastered with information about Lindsey Baum.  Every 3rd street light and telephone pole should have a Lindsey Baum flyer attached to it.  Every newspaper in the region should have a running narrative of the latest updates on her case next to their logos.  Every citizen from Port Angeles to Portland, from Westport to Boise should know the name, and the story, of Lindsey Baum.

This isn’t idealistic, hyper-passionate pontificating, either.  I distinctly remember stopping for a lay-over flight in Salt Lake City during the summer of 2002.  As we made our way from one flight to another, we could rightly have called the place “Elizabeth Smart International Airport.”  Thousands of fliers and posters papered halls, pillars, windows and doors everywhere we went.

I don’t think anything will change with tougher pedophilia and kidnapping laws.  I also do not think parents need to be more vigilant about this kind of thing.  Increasing either has too many unwanted side-effects. 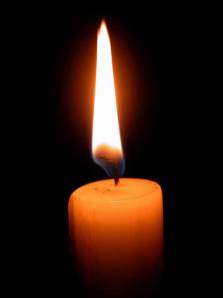 What needs to change is how our communities respond to such a horror.

The abduction of any of my 4 children is the singular fear of my life.  If it did happen to our family, I can only hope that hundreds, even thousands of concerned citizens would take up the burden to rescue that child.  Even if I lived in a forgotten small town off in the hills and away from the city lights.  Even if I was poor.  Even if divorced, uneducated, bad on camera, or just plain ugly.

The way to stop child abduction is to make it really, really hard to steal a child.  An army of awareness might save Lindsey Baum from this evil she faces.  Ignorance lets it flourish.

9 thoughts on “Vanished and Forgotten”